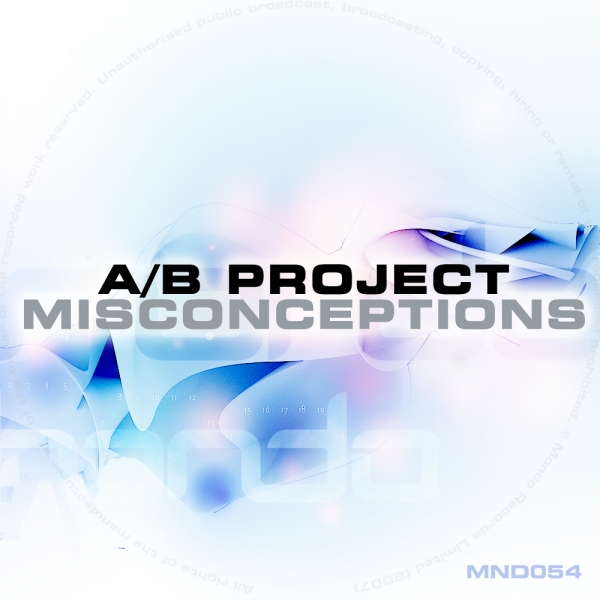 After the massive success with Eternal Optimism Steve Anderson & Chris Breame are back in full force under their  A/B Project guise on Mondo Records. The next single is without question another club smash, Misconceptions  features the key production skills we’ve come to expect from the boys and contains their trademark melody lines. The tune holds the attention with strong deep hard hitting moments interweaved with lush euphoric chord progressions and energetic riffs.

First up on remix duties is Ehren Stowers, the Trance Generation resident is slowly building up steam in the production market. Working along side the likes of Corderoy and having a string of releases under his belt he is definitely becoming a force to reckon with. Ehrens mix is a big room trance work out that will satisfy even the most demanding trance floor, in a word ‘massive’.

Next in line is Tom Colontonio who’s no stranger to gaining a massive following on his productions, previous tracks from Tom have had immense support from the likes of Tiesto, Paul Van Dyk and Armin Van Buuren. With Misconceptions Tom doesn’t fail to deliver and provides an absolutely brilliant remix with excellent key programming that will shake any dance floor it’s dropped on. Last in the package but by no means least is a marvelously structured remix from David Biczok (Soliquid) David’s Walking on Clouds remix takes the track in a totally different direction, his attention to detail is second to none and this combined with interesting rhythms and unique sounds provides a truly delightful journey through out.