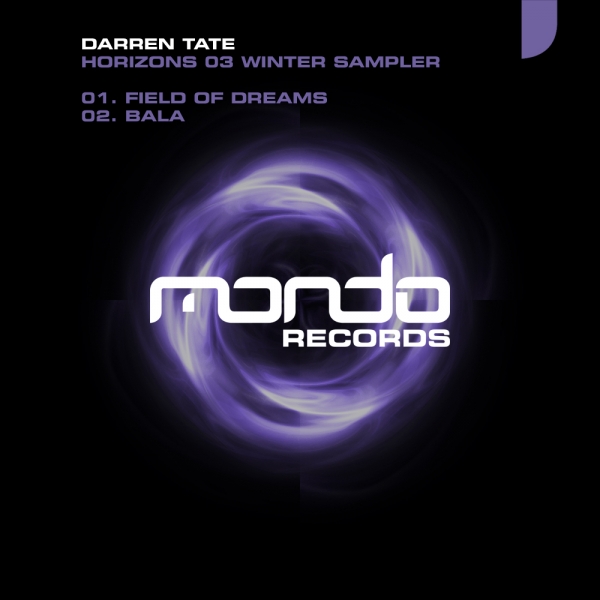 When someone utters the name Darren Tate, the mind instantly recalls countless trance masterpieces created by this legendary producer.  Darren is still in a class of his own when it comes to creating flawless tour de force pieces of music, and this EP captures some of the Tate magic that fans around the world know and love.

With tracks from the second instalment of Darren’s highly acclaimed ‘Horizons’ album series still rocking many dance floors throughout the world, his relentless production workout continues as we deliver this very exciting sampler with two massive cuts from the forthcoming Horizons 03 due out in 2011.

‘Field of Dreams’ – uplifting chords, sumptuous melodies and swooping pads float gracefully over the chest thumping bass and the result is a truly magical wall of sound.  Then the emotional breakdown that follows can only be described as pure Tate gold.  Arms will soar in the air as the music spirals you into a state of true euphoria before the track rockets back in again.

‘Bala’ – keeping things fresh and original, Darren isn’t afraid to stray from the norm and ‘Bala’ is a case in point.  Taking things a little deeper, the minimal hypnotic drones and haunting chants fuse together with a unique Balafone riff to create a cool yet really colourful sound.  The sweet tribal melodies and piano riffs generate an epic buzz making this a sure fire crowd pleaser for those late night sets.