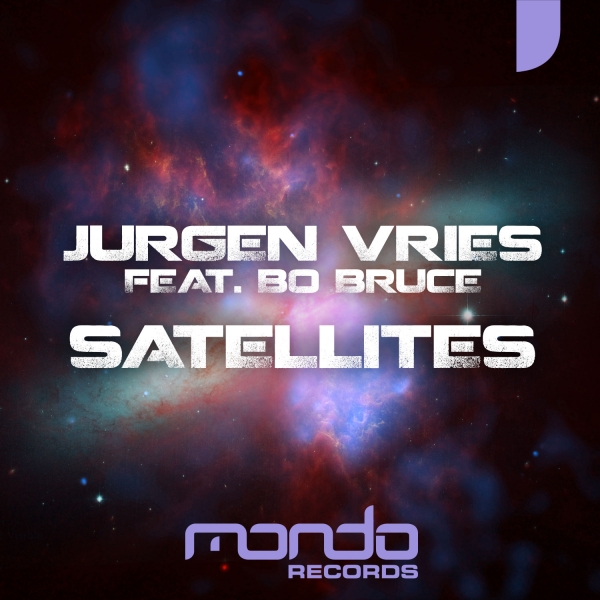 Back in the early noughties Jurgen Vries (aka Daren Tate) ruled the waves with his quirky trance / hard house hybrid sound that brought him numerous hits including a UK No.3 record with ‘The Opera Song”, “Wilderness” and the immortal “The Theme”.

Fast forward a few years and Jurgen has dusted off his spacesuit and made a welcome return with ‘Satellites’. Joining forces with ‘The Voice’ runner-up and top 10 album act Bo Bruce, Jurgen is back with a vengeance with an updated yet still unique sound featuring Bo’s stunning vocals on a song co-written with Zero 7’s Henry Binns.

Coupling a unique fusion of cool electro beats and uplifting trance nuances, the true Jurgen Vries is back and ‘Satellites’ is a real crowd pleaser with its uplifting chords, lush vocal courtesy of Bo Bruce and infectious summer inspired groove.

On remix duties we’ve employed the chosen talents of Mondo star Anxess who serves an electro-fused bomb. He takes the original and puts it through his renowned production style, adding gritty bass lines, playful melodies and a feel good vibe that will lift you off the ground. The second mix comes from the gifted up and coming duo Stargliders, the guys serve up a monstrous trance alternative packed full of killer bass lines, epic melodies and a persistent grove that will have crowds going crazy.

Facts about Darren Tate
One of the biggest selling dance artists of all time with 12 top forty singles
Recorded as Angelic, DT8 Project, Jurgen Vries, Orion, Citizen Caned and 8 Ball
Is also a Hollywood film composer