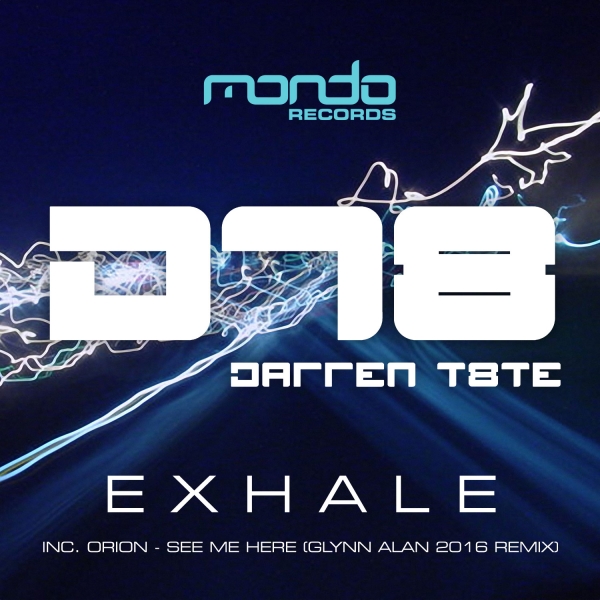 Fans around the globe can breathe a sigh of relief as trance supremo and Mondo Records legend Darren Tate is back for 2016 with his brand new single ‘Exhale’.

Back to doing what he does best, Darren comes up with the goods as always and straight off the bat you can sense its going to be another Tate masterpiece. Sure enough, as the track builds with its groove fuelled bassline and teasing stabs, we reach that lush, euphoric and breath taking breakdown. In typical Tate fashion its another jaw dropping demonstration of his production prowess and skills in the studio, as Darren executes a truly sensational breakdown that will make your hairs stand on end.

Backed up effortlessly by a killer drop which brings back in that lush melody and infectious hook. Sublime! And if that wasn’t enough, to round out the package we have a very special remix from Glynn Alan of one of Darren’s most iconic and early tracks from his career. Orion’s ‘See Me Here’ gets Glynn Alan’s banging 2016 treatment.