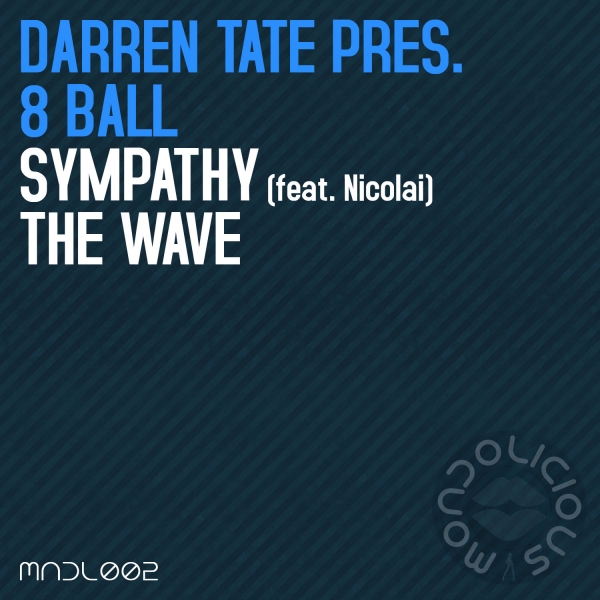 Mondolicious’s second release by legendary producer Darren Tate under his 8 Ball guise is not one but two club smashes in the making. “Sympathy” (featuring the vocals of Nicolai Prowse who previously sung on Tate & Diamond’s Electrified on Anjunabeats) is a sumptuous progressive house monster with a totally original modern day house-rock vibe that’s bound to set dance floors alight.

On the flip side “The Wave” is a sexy slice of prog house at it’s finest with a legendary breakdown featuring vocals from the cult feature film “Fear and Loathing in Las Vegas”. With remixes by Tate vs James and wizz kid Vigel this is not to be missed.